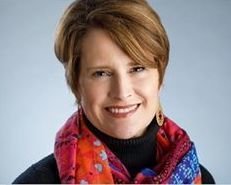 Marshall Barton has been involved with the Women’s Club of Sugarloaf Country Club Charities for ten years in a variety of roles. She is VP, Animal Health US Business Law, for Boehringer-Ingelheim, the makers of NEXGARD®, HEARTGARD®, and FRONTLINE®. She earned her JD from the College of William & Mary and a BS from Vanderbilt University. Marshall also is active in several other civic and charitable organizations, including serving as the current Chair of the Board of Directors for Rainbow Village, Inc., a long term transformational housing program for homeless families with children, and on the Gwinnett Advisory Board for the United Way. She resides in Duluth with her husband, Tom, who also is a lawyer, and their two dogs and two cats. Happily, their five children, two daughters-in-law, seven grandchildren, and two grand-dogs are frequent visitors.